Review | Ends of the Earth by Tim Downs 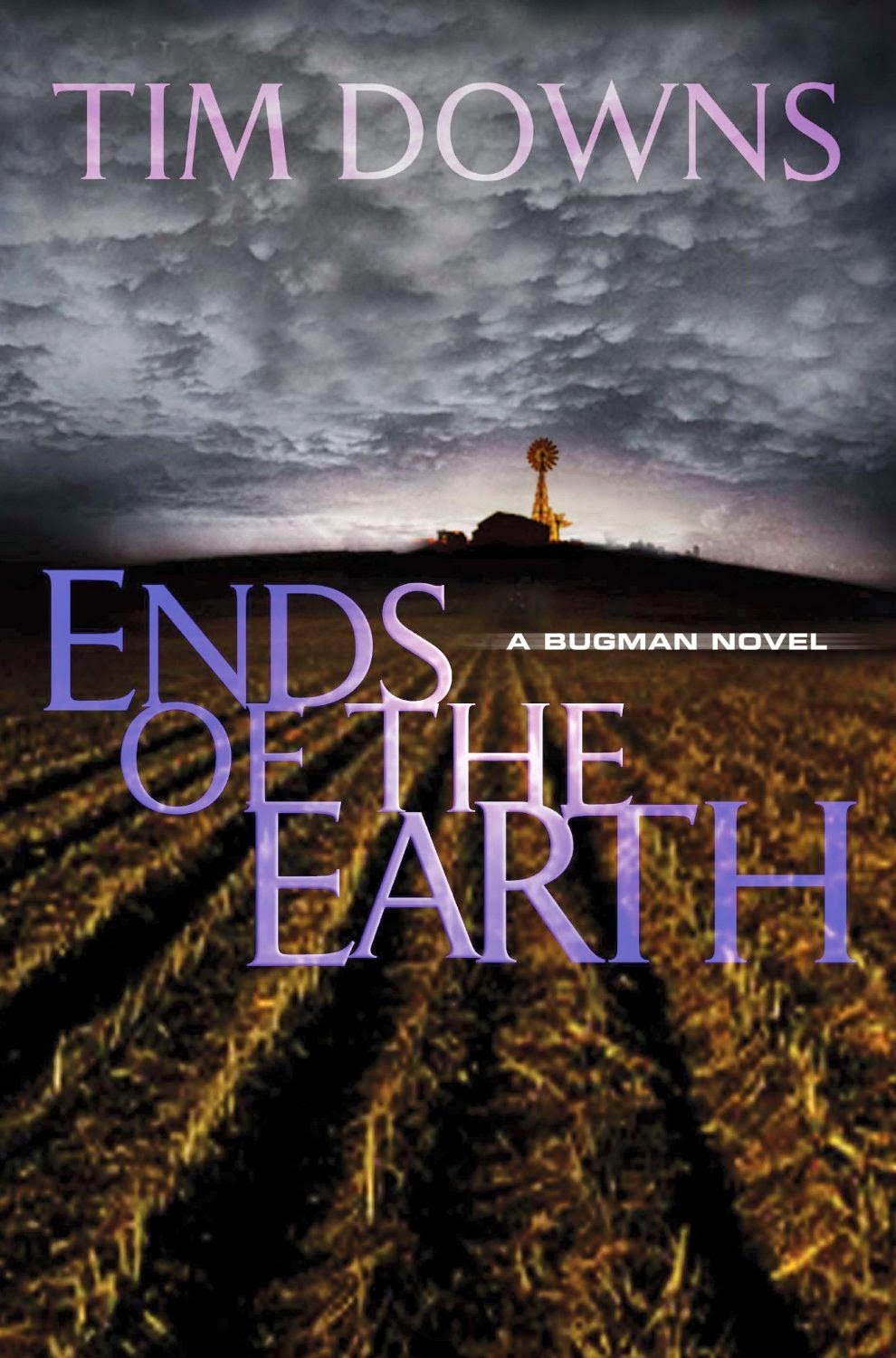 
Nick Polchak must stop a terrorist from causing a global ecological nightmare.

Two beautiful women from Nick's past are competing for his heart.

He's not sure which impending disaster makes him more nervous.

When forensic entomologist Nick Polchak is called to the scene of a murder on a small organic farm in North Carolina he is astonished to find that the victim's estranged wife is an old friend, a woman he once worked with—a woman he once had feelings for. When she asks Nick to investigate her husband's drug-related murder, Nick seeks the assistance of Alena Savard, the reclusive dog trainer known to the people of northern Virginia as the Witch of Endor.

Alena jumps at the chance to renew her relationship with Nick—but when she arrives in North Carolina she discovers that she's not the only woman who has her eye on the Bug Man. Soon Nick finds his usually analytical mind clouded by thoughts of a strangely human nature. These two women have stirred feelings that he can't quite fathom, feelings of lost opportunities and future possibilities . . .

Now Nick must navigate the unexplored territory of his own heart while he solves an agroterrorist's plot to ignite an environmental holocaust that could spread to the ends of the earth.

When I saw the cover for this book, I could hardly believe it was a Bug Man book, but once I started reading, it definitely proved as witty, entertaining, and interesting as all the rest in the series.

This time Dr. Nick Polchak gets called out to an organic tomato farm in rural North Carolina to investigate the murder of Kathryn Severenson's deadbeat husband Michael. He gathers maggots off the dead guy to take back to his lab and rear so he can generate a PMI (Post Mortem Interval - time elapsed since death). But science isn't the only thing on his mind this time around. He calls out Alena Savard and her merry band of dog companions to help with the investigation, and in doing so, he hops right into a tangled romantic triangle.

Definitely a recommended read, one of the best I've gotten from Amazon vine.