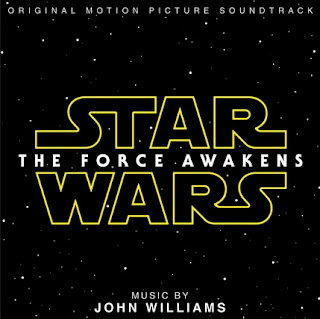 Picture found on the internet, rights prob belong to Disney.

- It took me a while to get into it. I listened to Rey's theme on loop from Youtube for like 2-3 weeks. Listened on spotify to the other tracks, but nothing really stuck.

- Once I finally bought it and reordered the tracks in my prime library, it got a lot better. It's kind of strange that the order makes such a difference, but try the playlist.

- I don't think this is my favorite Star Wars soundtrack, but it might be. It's got nothing as iconic as The Imperial March, but it's still got some gems.

- Rey's Theme, Torn Apart, and March of the Resistance are my favorite tracks.

- Suggested playlist for "best" flow. (Disclaimer, this is completely my opinion, I tried to group songs that sort of went with one another. If I could just listen without knowing a track changed, I kept it.)

Rey's Theme (5/5 stars) - beautiful, lighthearted, contemplative, and actually one of the few memorable tracks on here

That Girl with the Staff (3/5 stars) - starts out soft, ramps up midway through to lead into a fight or a chase or something

Follow Me (4/5 stars) - soft, again ramps up about halfway through to lead to a chase scene

The Abduction (3.5/5 stars) - full of discordant beats; fits the movie situation but not exactly a soothing theme

The Starkiller (4/5 stars) - oddly soft, sad, reminiscent of the themes they played behind Order 66 in Revenge of the Sith.

On the Inside (4/5 stars) - I think this is the one where Rey's running around in the base, could be wrong about that. Theme is nice, not quite as good as the ones I've marked favorites, but decent.

The Rathtars! (3.5/5 stars) - some discordant parts but also some pieces very similar to The Falcon

X-wings...I think it was during the attack at the end. Lively, reminiscent of the old school themes.

Maz's Counsel (3.5/5 stars) - nothing particular memorable, it's soft, I guess good for a talking scene, does have a small bit that's got a Jedi-like theme. I think it turns most moving when Rey's actually running away from Maz

Farewell and The Trip (4/5 stars) - bittersweet, close to my favorites, but I'd have to add like 5 to the favorites list if I was going to include this one.

The Jedi Steps and Finale (4/5 stars) - beautiful, fit the scene of the movie very nicely

Conclusion: If you give it a chance, you may like it more. Like I said, it took me a couple of weeks warming up to it. But now that I have it, it's worth it.