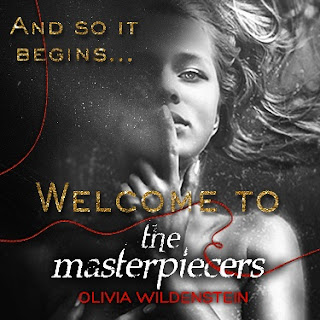 1) If your book was a movie, who would play your characters?

I’ve thought this through just a tiny bit. 

Of course. Have you heard of ? You should try it. I think you'd enjoy it.

2) If your book was a song, which one would it be?

I love this question as I always write to music. I build a new playlist for each one of my books on Spotify. Right now, as I write the sequel to the Masterpiecers, I’ve started a playlist called MASTERFUL.

But back to The Masterpiecers. If I were to choose just one song to epitomize my story, it would be We Remain from Christina Aguilera.

3) Places that inspired you?

The museums I was dragged to as a kid—and which I’m now dragging my own kids too—and my home. I grew up in the art world, surrounded by breathtaking masterpieces. So I just had to write about art.

4) Who’s your favorite character in the book?

Hands down, Aster. She means so well and is so selfless.

5) Literary boyfriend? (perhaps a character from the book ?)

I create a new one for myself each time I write a book. Thus, I write many books. Kidding aside, the character who’s made my heart beat the most—but not in a romantic way—is Duke from my first novel, Ghostboy, Chameleon & the Duke of Graffiti.

The second and final episode in the Masterful series is coming this fall. It will be titled The Masterminds. Instead of Aster & Ivy narrating the story, there will be two spanking new narrators…drumroll…Brook & Josh. You’ll get to see their sides of the same story, like in the TV show The Affair; you’ll get that stop-your- breath plot twist you were waiting for in book 1; and last but not least, you’ll get your no-more- loose-ends ending!

Now, I must go back to writing it…

Enjoy The Masterpiecers, and tell me, either in an email or in a review, what you thought about my novel. I read all my reviews. Excellent or terrible, they are indispensable nuggets of truths that make me a better author.

Thanks for taking the time to chat with me.

Nineteen-year- old Ivy Redd’s talent with a needle and thread has earned her a spot on a coveted reality TV art competition set in New York’s Metropolitan Museum. The prize: a significant amount of money and instant acceptance into the Masterpiecers, the school that ensures new artists fame and fortune. Her talent has also thrust her and her twin sister, Aster, into the spotlight.

Not that Aster needed help with becoming a media favorite. She managed that on her own by running over a wanted Mafioso. She told the police it was self-defense, because she couldn’t tell them the truth—the truth would make her sister look bad. Locked in an Indiana jail to await her trial, Aster watches Ivy on the small TV hanging in the dayroom. It’s the highlight of her day, until she finds out what her sister truly thinks of her. Then, observing her sister becomes a punishment far crueler than imprisonment.

Olivia Wildenstein grew up in New York City, the daughter of a French father with a great sense of humor, and a Swedish mother whom she speaks to at least three times a day. She chose Brown University to complete her undergraduate studies and earned a bachelor’s in comparative literature. After designing jewelry for a few years, Wildenstein traded in her tools for a laptop computer and a very comfortable chair. This line of work made more sense, considering her college degree.

When she’s not writing, she’s psychoanalyzing everyone she meets (Yes. Everyone), eavesdropping on conversations to gather material for her next book, baking up a storm (that she actually eats), going to the gym (because she eats), and attempting not to be late at her children’s school (like she is 4 out of 5 mornings, on good weeks). Wildenstein lives with her husband and three children in Geneva, Switzerland, where she’s an active member of the writing community. 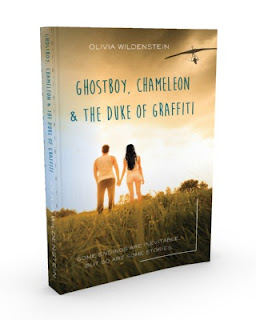 Ghostboy, Chameleon & the Duke of Graffiti