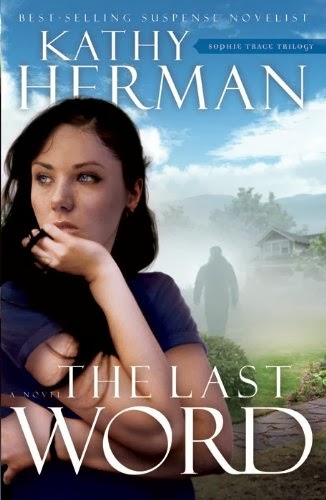 
When Vanessa Jessup returns home from her sophomore year of college, her mother, Police Chief Brill Jessup, is stunned to see that she's pregnant—by one of her professors. Brill is glad Vanessa rejected the father's abortion ultimatum, but hurt that she ignored her upbringing and angry that the professor has disappeared without a trace.

But that's not all Brill's got on her plate. One of her detectives has been killed, and the attacker has threatened to come for her next. When a second cop is wounded, public criticism mounts as Brill attempts to stay alive long enough to catch the perp. And she's trying to find that deadbeat dad as Vanessa struggles to make decisions about her future. The killer seems to be everywhere and nowhere. How can a police chief—and a mother—do her job with her life on the line?

I'll readily admit that I haven't read the first book of the Sophie Trace Trilogy, so perhaps some of my characterization concerns were addressed in book one. Overall, the experience of reading this book was a big, fat ok. It's certainly easy to read. The font of the ARC I got was nicely spaced out and the chapters were pretty short, both of which facilitate swift reading. However, that said, these are my nits (caveat: I can be persnickety, so take these points for what they're worth but make your own decision.) ...

1) Lack of Voice - Most of the characters either sound the same or don't sound their age, which I deem a problem in a book like this because it is very much dialogue-driven.

2) Stiffness - Everybody sounds like a robot. In fact, I think some robots sound more human than these people.

3) Lack of Sense (period)- I honestly hope people don't think many Christians act like this. {SPOILER ALERT: Oh, poor me, I feel smothered; I think I'll sneak out of my house and wander a park, maybe talk to a stranger or two. The madman running around sticking knives in people won't come after me, I'm just the main target's daughter.)

4) Highly Predictable - maybe I read too much, but every "twist" and turn but one I saw coming from about 100 pages away. The foreshadowing is about as subtle as a monkey lost in a fine-dining china shop.

5) Too "perfect"/ idyllic - The major conflicts are spelled out on the back cover: Vanessa Jessup is pregnant and didn't bother telling her parents until summer vacation. Her Mom, Police Chief Brill Jessup, is battling worry for her job as negative publicity mounts because some madman is hunting her and cops on her force. A little ways in the bad guy is spelled out, literally, and there's no question who they're trying to catch. (SPOILER ALERT: Note these are not actual lines of dialogue just the essence of what transpired. Husband Kurt - My wonderful wife told me you two kissed. [reference to previous book] FBI guy Dave - Gee, sorry about that; I was vulnerable. Husband Kurt - Hey, we all make mistakes; we're all good now, buddy. Just brought it up to clear the air.)

6) "Really can't complain, but I always do." - I can honestly say that the most "heart-pounding" caused came from this sentence and about 6 variants thereof. I get that it was supposed to be a lunchtime tradition at Nick's Grill. I'm just not convinced those conversations needed to happen at all. They smacked of the author info-dumping on us poor readers.

All that said, remember I still gave this book 3 stars. It's still an okay book.