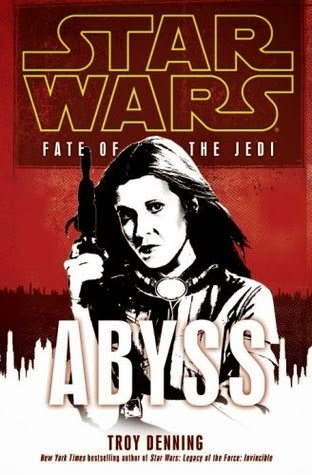 
Following a trail of clues across the galaxy, Luke Skywalker continues his quest to find the reasons behind Jacen Solo’s dark downfall and to win redemption for the Jedi Order. Sojourning among the mysterious Aing-Tii monks has left Luke and his son Ben with no real answers, only the suspicion that the revelations they seek lie in the forbidden reaches of the distant Maw Cluster. There, hidden from the galaxy in a labyrinth of black holes, dwell the Mind Walkers: those whose power to transcend their bodies and be one with the Force is as seductive and intoxicating as it is potentially fatal. But it may be Luke’s only path to the truth.

Meanwhile, on Coruscant, the war of wills between Galactic Alliance Chief of State Natasi Daala and the Jedi Order is escalating. Outraged over the carbonite freezing of young Jedi Knights Valin and Jysella Horn after their inexplicable mental breakdowns, the Jedi are determined to defy Daala’s martial tactics, override Council Master Kenth Hamner’s wavering leadership, and deal on their own terms with the epidemic of madness preying on their ranks. As Han and Leia Solo, along with their daughter Jaina, join the fight to protect more stricken Knights from arrest, Jedi healers race to find a cure for the rapidly spreading affliction. But none of them realize the blaster barrel is already swinging in their direction–and Chief Daala is about to pull the trigger.

Nor do Luke and Ben, deep in the Maw Cluster and pushing their Force abilities beyond known limits, realize how close they are–to the Sith strike squad bent on exterminating the Skywalkers, to a nexus of dark-side energy unprecedented in its power and its hunger, and to an explosive confrontation between opposing wielders of the Force from which only one Master–good or evil–can emerge alive.

I'll give it a mediocre score because that's pretty much all it is. It's not horrible, but it's certainly not even interesting through a good 90%. I listened to the audioCD and still couldn't handle huge chunks of it at once because it just driveled on and on about nothing.

Star Wars Expanded Universe books as a whole seem to be fizzling out. More and more they seem a greedy grab for money rather than a desire to tell good stories. The whole Sith subplot seems ridiculous at best and stupid at worst. I'm starting to like Vestara a little more, but not by much and she's dominated about two novels at this point.

The battle at the end of the book was cool. I wish they had Jaina, Jag, Tahiri, and the Coruscant Jedi doing more interesting things than battling the evil press and Daala's batty government. I totally agree with whoever was talking about the sheer stupidity of the whole "insane Jedi" subplot. *Gasp* You're not real, you impostor! I now have to run you through with my shiny lightstick thingy. (Me By This Time = AAAARRRGGGHHHHHH.)

Are there redeeming points? Sure, I happen to like the interaction b/t Han and Leia and Allana. I'm kind of looking forward to seeing her grow up. Ben Skywalker is still an interesting character, despite these authors of late dumping him in stupid places to rot for months or however much time passed. Luke can still fight well.

I did stop reading/ listening to that Coruscant Nights series. I may have to do the same here. I'm pretty sure I will stop buying them. I'll just grab the library's copy 6 months later.