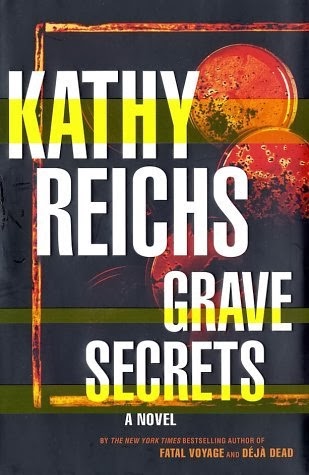 It was a summer morning in 1982 when soldiers ravaged the village of Chupan Ya, raping and killing women and children. Twenty-three victims are said to lie in the well where, twenty years later, Dr. Temperance Brennan and a team from the Guatemalan Forensic Anthropology Foundation now dig. No records were kept. To their families, the dead are "the disappeared."

Forensic anthropologist for the medical examiners in North Carolina and Montreal, Tempe is in Guatemala for a month's service to help some families identify and bury their dead. She digs in a cold, damp pit where she finds a hair clip, a fragment of cloth, a tiny sneaker. Her trowel touches something hard: the hip of a child no more than two years old.

It's heartbreaking work. Something savage happened here twenty years ago. The violence continues today. The team is packing up for the day when an urgent satellite call comes in. Two colleagues are under attack. Shots ring out, and Tempe listens in horror to a woman's screams. Then there is silence. Dead silence.
With this new violence, everything changes, both for the team and for Tempe, who's asked by the Guatemalan police for her expertise on another case. Four privileged young women have vanished from Guatemala City in recent months. One is the Canadian ambassador's daughter. Some remains have turned up in a septic tank, and Tempe unfortunately knows septic tanks.

Teaming with Special Crimes Investigator Bartolomé Galiano, and with Montreal detective Andrew Ryan, who may have more than just professional reasons to join her on the case, Tempe soon finds herself in a dangerous web that stretches far beyond Guatemala's borders. The stakes are huge. As power, money, greed, and science converge, Tempe must make life-altering choices.

From cutting-edge science in the lab, where Tempe studies fetal bones and cat hair DNA, to a chilling en-counter in a lonely morgue, Grave Secrets is powerful, page-turning entertainment from a crime fiction superstar who combines riveting authenticity with witty, elegant prose.

As mentioned by others, this book is very driven by its dialogue. I happen to like the style... not all the time, but a nice break from science fiction and fantasy. The book's several years old and a lot of the references are going to be obscure very soon.

There's a sense of realism in the conclusion. Things aren't always as they seem, some people are scumbags of the plain and simple variety, rather than those extra special, proverbial ax wielders.

I can see why some people wouldn't like the scientific explanations. She was trying to make the concepts simple, but it would help if you understood the concept to begin with. Being a bit of a science junky, I didn't mind, but the explanations did kind of seem forced into the conversations. The wrap up also seemed a contrived thing, but these are minor complaints.

I'm actually a bigger fan of the Hollywood version of Tempe Brennan, (I know, blasphemy) but this version is more realistic. It is very cool to read about forensic scientists in all their inglorious glory.... definitely a career to drink in from afar and not close up to those knee-deep in septic tank goo.